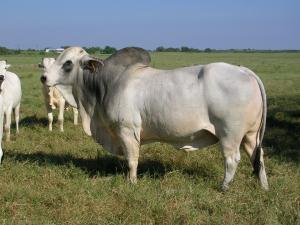 The importance of bull selection to South Texas cow/calf producers in rebuilding their herds has been fleshed out in a new publication by experts at the Texas A&M AgriLife Research and Extension Center at Corpus Christi and Texas A&M’s department of agricultural economics in College Station.

“Profitability of Beef Cattle Best Management Practices in South Texas: Improving Profitability with Genetically Superior Sires and Higher Breeding Ratios,” is the latest addition to Farm Assistance Focus, a series of cow/calf publications dating back to 2006.

“Most of these publications are relevant to other areas of the state even though they reference South Texas,” said Mac Young, a Texas A&M AgriLife Extension Service program specialist in Corpus Christi and one of four authors of the study.

All the publications can be viewed at the AgriLife Extension’s website.

“Cow/calf producers in South Texas and across the state have been rebuilding herds since 2014 and will probably continue doing so for the next three years or so,” Young said. “The rebuilding of herds is based on high market prices in 2014 and early 2015, and improved grazing conditions in late 2014 and 2015 in many parts of the state.”

Based on detailed economic analyses, this most recent study concludes that bull selection can have “a major impact on herd performance and bottom-line profits. Bulls should be more than cow fresheners, used only to produce an average performing calf crop. Higher prices for better quality genetics will normally be returned from higher returns from calf sales.”

The study notes that many beef producers often use price as their primary criteria in selecting a breeding bull in an attempt to control costs. But they fail to consider “the value of the proven genetics in the higher-priced bull.”

But it is not enough to just use genetically superior bulls, Young said.

“Those superior bulls need to breed as many cows as possible to maximize the impact of his genetics in the cowherd and profitability,” he said. “Increasing the breeding ratio – number of cows bred to a bull or bull-to-cow ratio — assists in offsetting the additional cost of the genetically superior herd sire.”

The study illustrates the financial implications of genetically superior bull selection and an increased breeding ratio on herd performance and profitability of South Texas ranching operations.

“Not only are the calves of higher quality, heavier and more uniform, and more desirable to the buyer who is willing to pay more, the replacement females from these genetically superior bulls will improve the genetics of the cow herd,” the study states.

The study uses 2016 as the base year for a 10-year analysis of a representative ranch, and projections are carried through 2025.

The issue of bull selection will be presented at the 2016 Ag Symposium at the Corpus Christi center on April 19, Young said. He will also likely be presenting the topic at county programs throughout the year.

Abingdon Stockyard Properties is the Tri-State Area's premier stockyards. Established in 1993, we bring over 20 years of livestock sales experience to our livestock markets.